Jenna and Jason are a couple from New York who contacted us to help them to plan their beautiful destination wedding.
Both of them are from the US although they met in London when they were working there.
One of their first trips as a couple was to San Sebastian, located in the North of Spain, in the Basque Country. San Sebastian is very closed to the border of the South of France.
When they decided to tie the knot they had clear that San Sebastian or the surroundings should be the location for their special day.

We did several skype meetings and we showed them with photos the different venues that matches with the style they wanted for their wedding.
Finally they decided to book the Château de Brindos, a charming luxury boutique hotel located in Biarritz.
This hotel belongs to Relais & Châteaux company who managed the best luxury hotels over the world.

They were getting married the 8th of September, our original idea was to do the ceremony and the reception outdoor, but one week before the weather forecast said that it was going to be a rainy day. We changed all the plans and decided to do the ceremony in the magnificent leaving room of the Château.
The room has similarities with a little church, with the stained glass and the important wood near the ceiling.
As it was a jewish ceremony we did a chuppah /huppah for them with seasonal flowers in white and green that matches perfectly with the room and with the surrounding.

The ceremony was celebrated by Jenna’s brother, and it was very emotional.

After the ceremony Jenna, Jason and their close family went to another room were they sign the Ketubah. 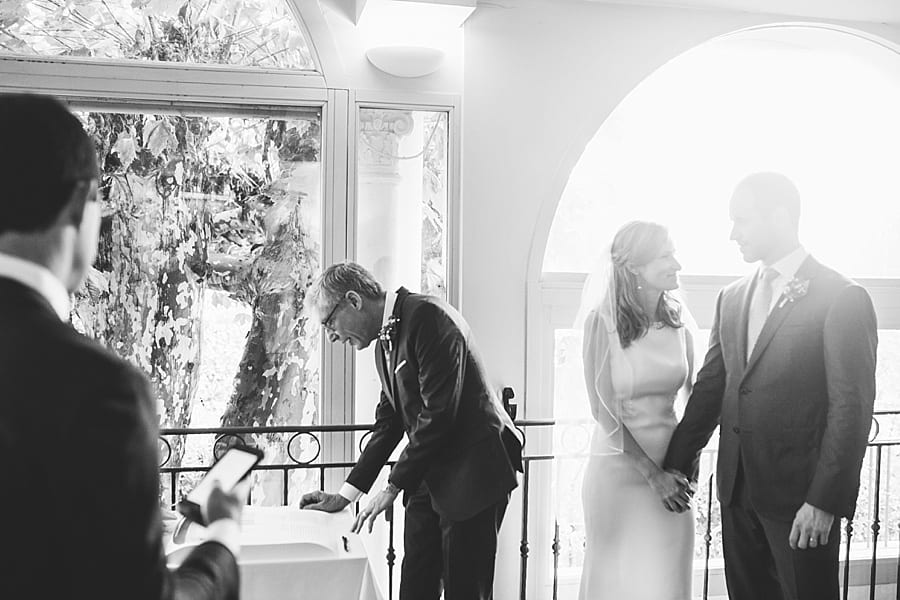 Althought the wedding was host in France, there were some Spanish touches. There were 2 gipsy guitarist playing beautiful soft background flamenco music, everyone were in love with them. 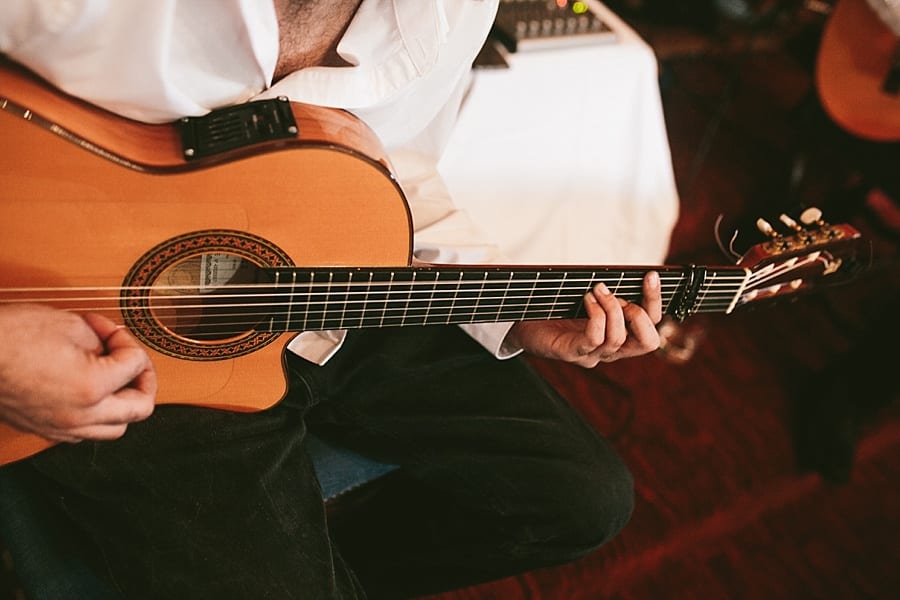 The other Spanish detail apart from all the vendors of the wedding was a delicious Jamon Station. Jamón is something that everyone loves, and during the reception there was a man cutting jamon all the time.

Once everyone were at this salon the father of the bride said some beautiful words and did a toss of champagne.

At the reception area we designed a photobooth so everyone who wanted could took some photos. There were also Panama style hats so guest can take them as a present. During the dancing time many people had them over their heads.

The guest had to find their seats in a beautiful structure covered with greenery. From this structure there were hanging big vintage postcards of different places in the world that the couple had visited together.

The names of the tables followed the same style, the same vintage postcard. The placement cards for each guest were inspired as a cover of an envelope with a personalized stamp for each table that matches with the name of their table. London table had a london stamp and same with the rest of the cities.

After the reception everyone moved to the dinning room.
Endanea Garden did a beautiful work following the styling ideas that we provided to them. Greenery, white and touch of purple colors for the flowers. Long candles with gold chandeliers. Each napkin was decorated with a gardenia, this flower spread a marvelous smell.

During the dinner there were several speeches, sister of the bride, sister of the groom, best friends of both. There was time to laught and to cry too.

Once the dinner end the bride and groom cut the cake, it was another beautiful moment since the cake had small fire works on the sides so it was very spectacular. 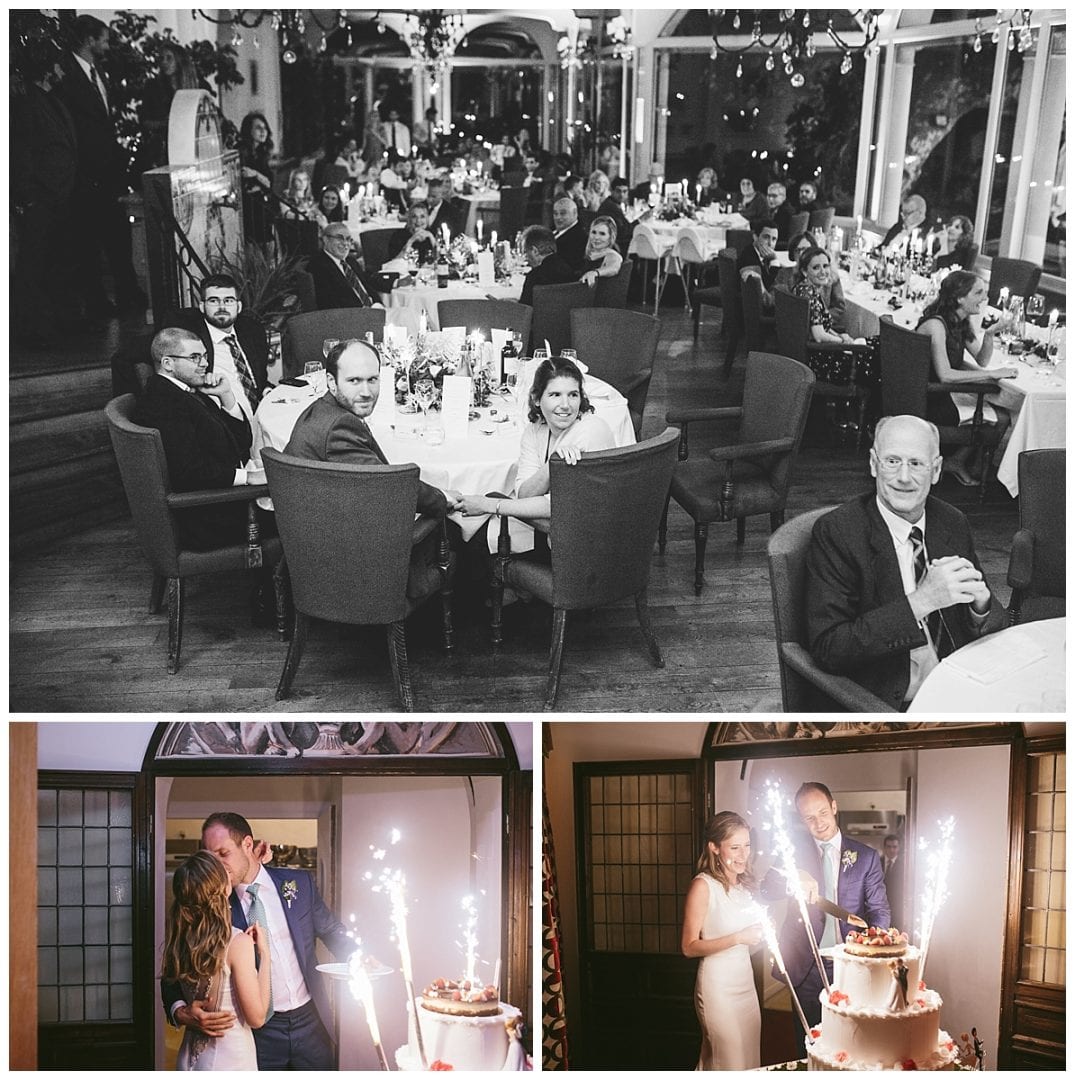 The dancing took place in the same room were the ceremony was host.
We had removed the chairs and leave some of the decoration like the trees. The lightening also was changed to look like more intimate and disco style.

All the guest had a nice party and during the dancing some snacks were served.

It was an unforgettable wedding!

Make up and hair: Soler B mak